It occurred to me today that I haven’t shared my memories since October. So today I decided to look into old pictures and see which one and what it would prompt me to write.

I chose this one: 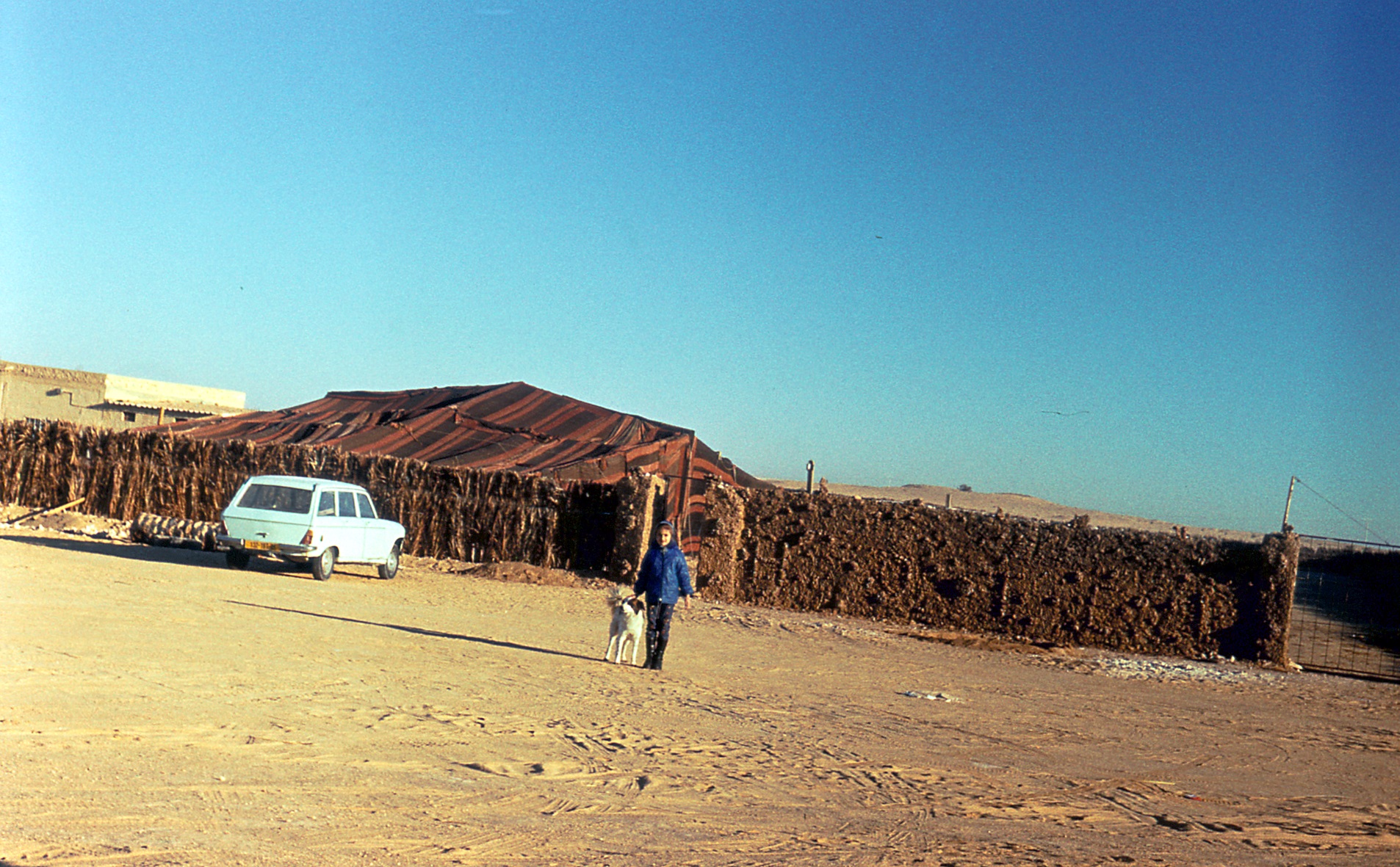 This picture was taken in 1980 or 1981 somewhere in the Algerian Sahara. The tent behind me belonged to a nomadic family making a stop there. There were several tents of this kind in this temporary village. Neither my mother nor I am sure where this was. My guess is that it was not far from Ghardaia, which is situated about 600 km further south from Algiers, the capital of Algeria, and more than 800 km toward south from Annaba, the city on the Mediterranean coast, where my parents and I spent three years from 1979 to 1982.

This nomadic family or community opened their homes to tourists, so we could take a look at their homes inside. They left wonderful memories of walls and floors covered with colourful carpets with intricate ornaments. I remember feeling at home there and not quite wanting to leave. Some of the tents were empty and in one there was a dog. This dog followed me outside and posed for the photograph above.

I always had respect for dogs and still do. I don’t think I was afraid of them, well, maybe of the really big ones, but I was always aware that they have their own will and I preferred to let them decide whether they liked me or not. I don’t know why but I thought that the latter was mostly the case.

But not for this dog. He (somehow I thought that it was a ‘him’, although I would never know) followed me everywhere we went around this nomadic village until we climbed into our car and left. I remember waving to him as we left. He didn’t chase our car. He just stood there and watched.

This last sight of him came up today when I looked at this long forgotten picture. What a sweet surprise to recall a friend whom I knew for just a very short while.