Elizabeth sighed. “Thank you,” she said into the receiver, waited for You’re-welcome and pressed red button on the phone.

She put the phone reluctantly into its holder and took the postcard she started writing to Jenny four days before. She could hardly believe that only less than a week passed since she arrived in London. She thought her search would take longer, but now it was over. So she booked a ticket back to Germany.

Elizabeth put the postcard she promised to Jenny onto the desk-table combination in her hotel room and turned the card along its axis several times. Yesterday, on the morning after all the revelations at the house on the Hope street, she attempted to finish the postcard, but in the end she couldn’t. All she managed to write was, “Now I know what happened before my Dad and I came to Germany.” After that she couldn’t find any other words.

All Elizabeth could think of was that the house, the street, both turned rather into a house and street of disappointment than hope. But she couldn’t possibly write this to Jenny.

She stayed at the hotel the whole day yesterday, most of the time looking at the wall remembering the messages the projector in her mother’s room displayed on the wall the day before.

She contemplated to go and wander through London again but she was afraid to meet someone from the house, which was silly to think happening in such a giant city.

But having a PhD degree in statistics didn’t stop the fantasies of sitting in a cafe and having a small talk with two pleasant gentlemen from a table across hers, only to discover that they were Jack and Tim, who helped financing the sheltering of terminally ill patients in the house of her early childhood.

No, she couldn’t risk that. With all the low probabilities it was still possible, and all she needed now was distance. That is why she booked her ticket today.

But she had to let Jenny know. Writing a card was a bad idea, since she was flying back tomorrow.

Elizabeth took the receiver and dialed Jenny’s number, hoping that Jenny was away for groceries as she usually did during this time on a Saturday.

“Are you alright? Did something happen? Please tell me you fell in love and your new charm and you were walking along the Thames all the time. I could forgive that.”

Elizabeth smiled despite her mood. “No, unfortunately not. But I was at the house and met my family.”

“Really? But this is great!”

After a few seconds of waiting Jenny blurted out. “I really can’t wait anymore. Tell me all.”

“Shall I maybe call you later? Do you have to do shopping or something?”

“No, no. No way to escape,” Jenny echoed Elizabeth’s thought from before. “You tell me everything now and I will pay you back for all the huge phone bills you’ll be facing. Don’t leave anything untold. You owe me that!”

“I’m sorry for not calling you the whole week. It’s just…” Elizabeth drew a deep breath and started from the beginning.

Jenny didn’t interrupt. Her gasps and heavy breaths confirmed her presence and attention.

At the end, Elizabeth said, “After that, I couldn’t stay there longer. I had to leave…And today I bought a ticket back.”

“I started fantasizing coming to London and visiting you. You know…I’m still single.”

“Jen, can you think of something else than dating? And my brother is married…” Elizabeth caught her breath as she noticed how she referred to Patrick.

“Well,” Jenny said. “I was actually thinking of Jack and Tim.”

Elizabeth laughed. “They must be ancient now. And you talk like there are only three men in London.”

“No, they aren’t and this is exactly my point. Germany seems not to have produced any suitable candidate for me yet. For you neither. So I will come and ask your family to help us get some royal husbands.”

Elizabeth relaxed. For a second she wondered if calling Jenny earlier would have made the day before easier for her, but then she decided to enjoy her friend now. “So, what you’re saying is that I should stay here and not move from the spot until you come and visit?”

Jenny harrumphed. “I didn’t say that either. Don’t make it sound like I force you doing something. But if you ask me for directions, I don’t think you should stay at the hotel. It’s too expensive.”

Elizabeth held another gulp of the air inside her. She knew what Jenny was getting at. She breathed slowly out and said quietly, “You are right. But please don’t make me say this. I mean, to say what I really have to do. What I want to do, but too scared to. Being sad and melancholic was so normal to me. But that house, even with dying people inside is so full of life. This is so scary. I wish…I wish my father could go back there with me.” She blinked through her with tears swelling eyes. She wiped her tears away with her free hand and said. “Jen, I…I’ll call you tomorrow.”

“Don’t forget to cancel your flight. You’re not allowed to come back before I visit you. And after in neither.”

Liza laughed and let another kind of tears push the sad ones down her cheeks. “OK.”

Three hours later Elizabeth set down and supported herself on the intricate fence to the house of her childhood. Her luggage stood at her feet.

Should I have found their number and called first? A varicoloured flock of opposing thoughts and feelings clouded the view on the house. Elizabeth leaned her head on the fence and drew a deep breath.

She blinked several times and decided to look at every turret and corner of the house before going inside. But as she started raising her head she noticed a commotion behind the windows on the ground floor.

Lily’s head with corkscrew curls bounced happily as she turned between glancing outside into Elizabeth’s direction and a tall and pale girl standing next to her, who seemed holding the window sill with her both hands. This must be Lilly’s successor. Another girl with cancer.

In the next window Elizabeth noticed Alice and Ingrid, both smiling widely at her. As soon as Alice caught Elizabeth’s look she pointed up. At first Elizabeth didn’t know what that meant, but then she let her gaze go up the walls until she noticed a movement behind a low set window of the top floor of the house. Claire’s chair moved seemingly by itself and stopped at an angle where Claire’s eyes became visible. Her white keyboard on her lap.

In the next moment Elizabeth noticed Patrick’s shape disappearing from behind Claire. She didn’t notice him until he moved away.

Elizabeth drew a deep breath. He was probably coming downstairs to talk to her. What shall I say? What will happen now?

The front door opened and Patrick came out. He paused after letting the door close by itself behind him, descended the stairs and approached Elizabeth. His eyes glittered with tears as they glanced quickly at Elizabeth, away, then back at her, and away again.

Without thinking, Elizabeth pushed her case away from her with her left foot and looked at the stone base of the fence next to her. Then she looked into Patrick’s eyes.

He nodded and and sat next to her. He lowered his head slowly to hers until they touched, and they both looked up.

Their mother looked back at them. 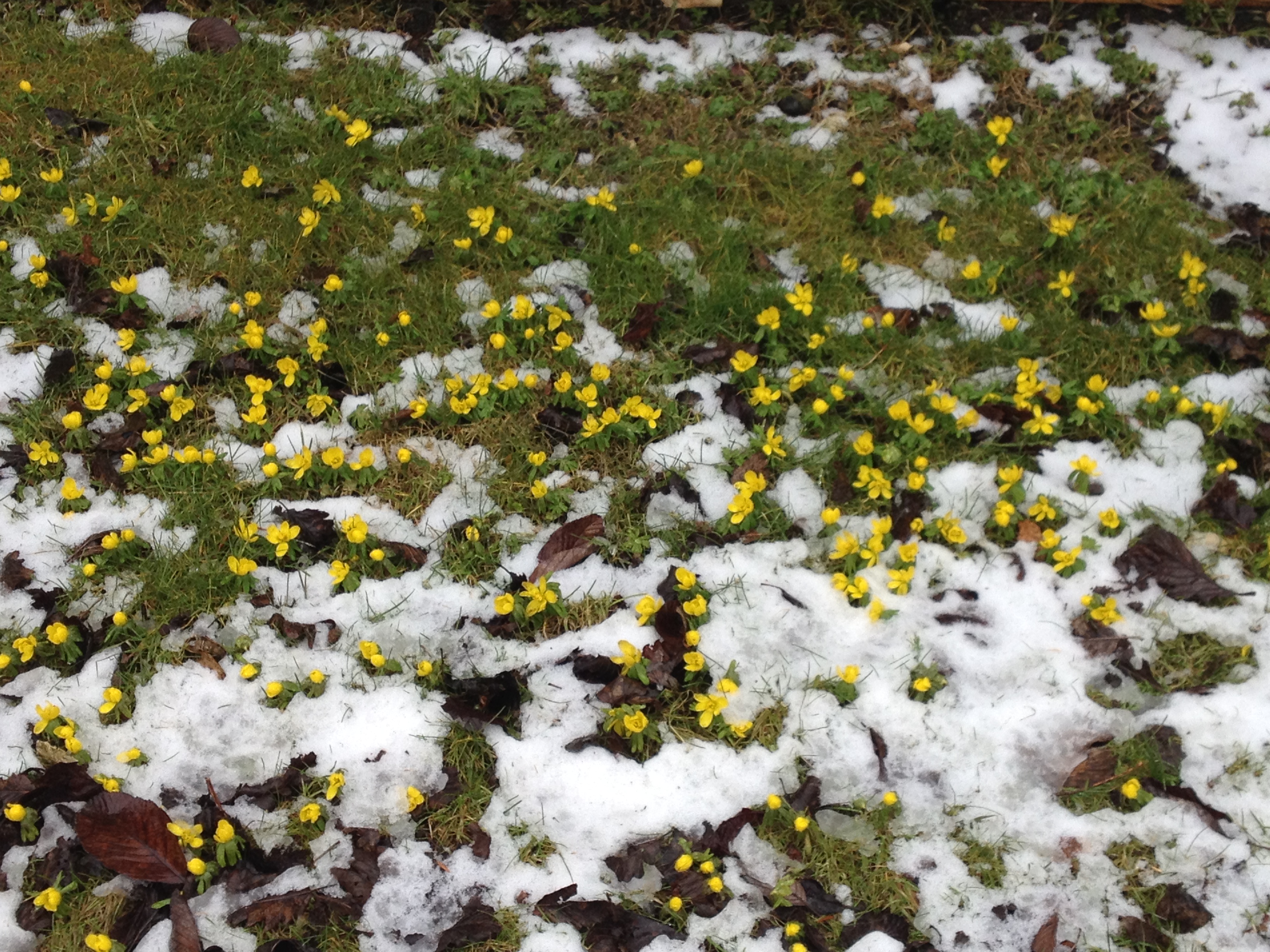 Picture: the Spring is coming.

P.S. This was the last chapter of this story. It will be revised, edited and published soon as a permanently free book.

P.P.P.S. If you think your friends might enjoy this story, then let them know about it and forward it to them.