(An excerpt. Read the full article on Medium)

Let’s address the first of the three tools that Self-Gamification brings together. This tool is anthropology, which is

“the scientific study of the origin, the behavior, and the physical, social, and cultural development of humans.” — Free Dictionary

When applied to myself (I’ll address this idea in a second), this approach helped me to discover my many quirky thought patterns. These can be so much fun when observed non-judgmentally and with open-minded interest.

I discovered I had the idea that I didn’t want to learn to play Role-Playing Games (RPG), because I judged them as being too complex.

Only recently, I became aware that we all play many different Role-Playing Games every day.

“A role-playing game (sometimes spelled roleplaying game; abbreviated RPG) is a game in which players assume the roles of characters in a fictional setting.” — Wikipedia

You could say we all have real-life role-playing games. We are parents, children to our parents, bosses, employees, students, assistants, and many more. And many of these roles overlap every day. Especially now when we are together with our families at home, helping our children with homeschooling, working, supporting our elderly parents by calling them many times a day, maintaining a household, cooking, and so much more.

In Self-Gamification, too, we play specific roles. These are the roles of designers and players of our self-motivational games, which are the projects, activities, or challenges we turn into games.

“A self-motivational game is a real-life project or activity that you adjust in such a way that it feels like a fun game with which you are eager and happy to engage, both in terms of its design and the playing of it.” — Victoria Ichizli-Bartels, Self-Gamification Happiness Formula

But there is another Role-Playing Game, which I’ve loved playing ever since I heard about it.

I learned about this possibility from award-winning authors, seminar leaders, radio show hosts, and dear to my heart friends, Ariel and Shya Kane. Here it is:

“You can create a game where you pretend you are a scientist or an anthropologist discovering the way that a particular culture functions or operates. Don’t take anything that you discover personally. It isn’t personal. Many of your prejudices were absorbed from the culture you grew up in, and unconsciously you have internalized these cultural values without the benefit of seeing whether they are honestly true for you.” — Ariel and Shya Kane, Working on Yourself Doesn’t Work

So along with the other roles you take on during the day, I suggest that you play the anthropologist’s role-playing game.

This was also an excerpt from my book Gameful Isolation: Making the Best of a Crisis, the Self-Gamification Way. I hope you enjoyed it. If you would like to get access to the vlog accompanying the book then check out this page: victoriaichizlibartels.com/gameful-isolation/. 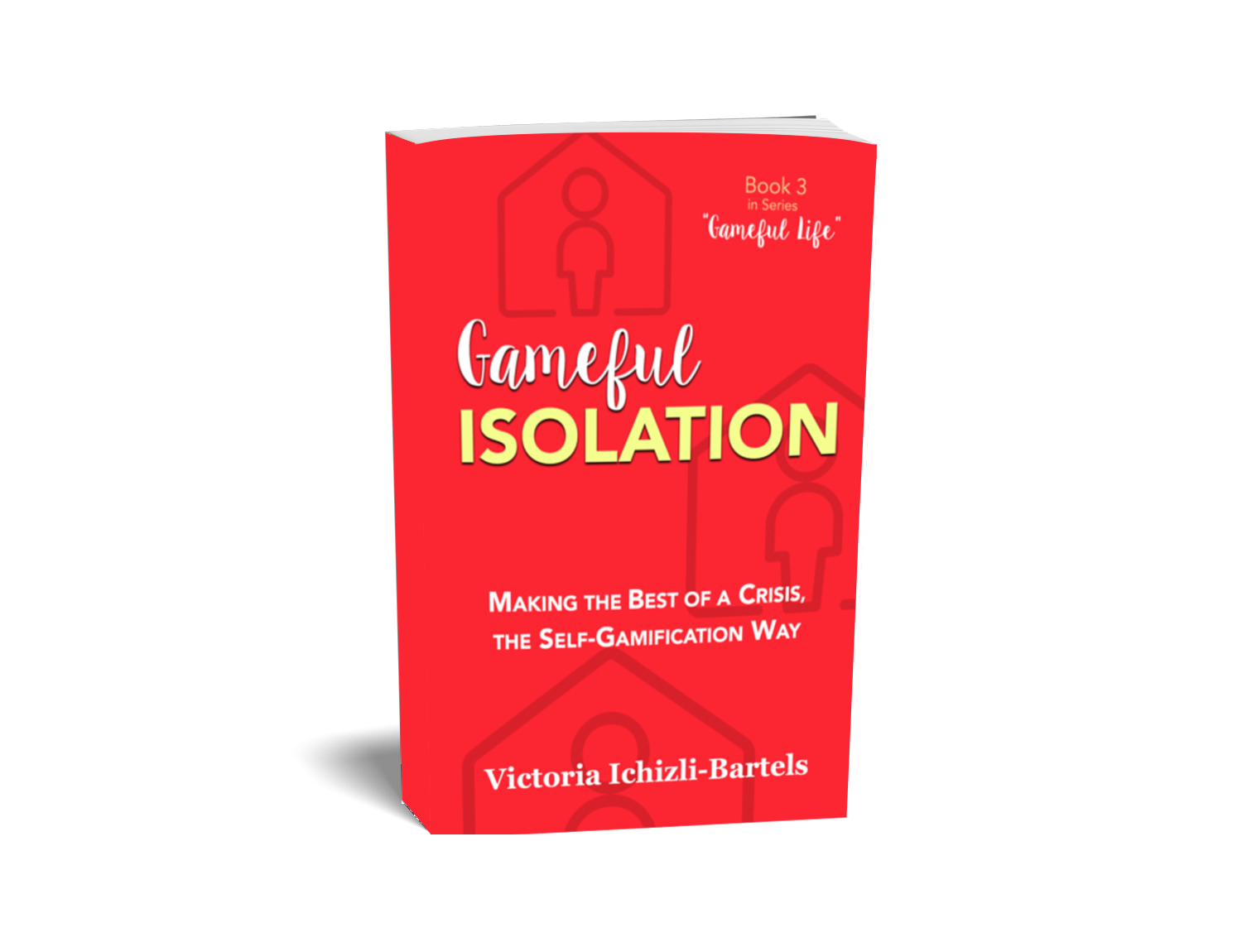