Here, you can see images from my Points and Badges Game Book or Points, Badges, Stars, Donuts, etc. Game Book (which I abbreviate as PBGB or PBSDGB, correspondingly) and other gamebooks, mostly weekly calendars, where I record points for my various self-motivational games, including those for gameful habits. 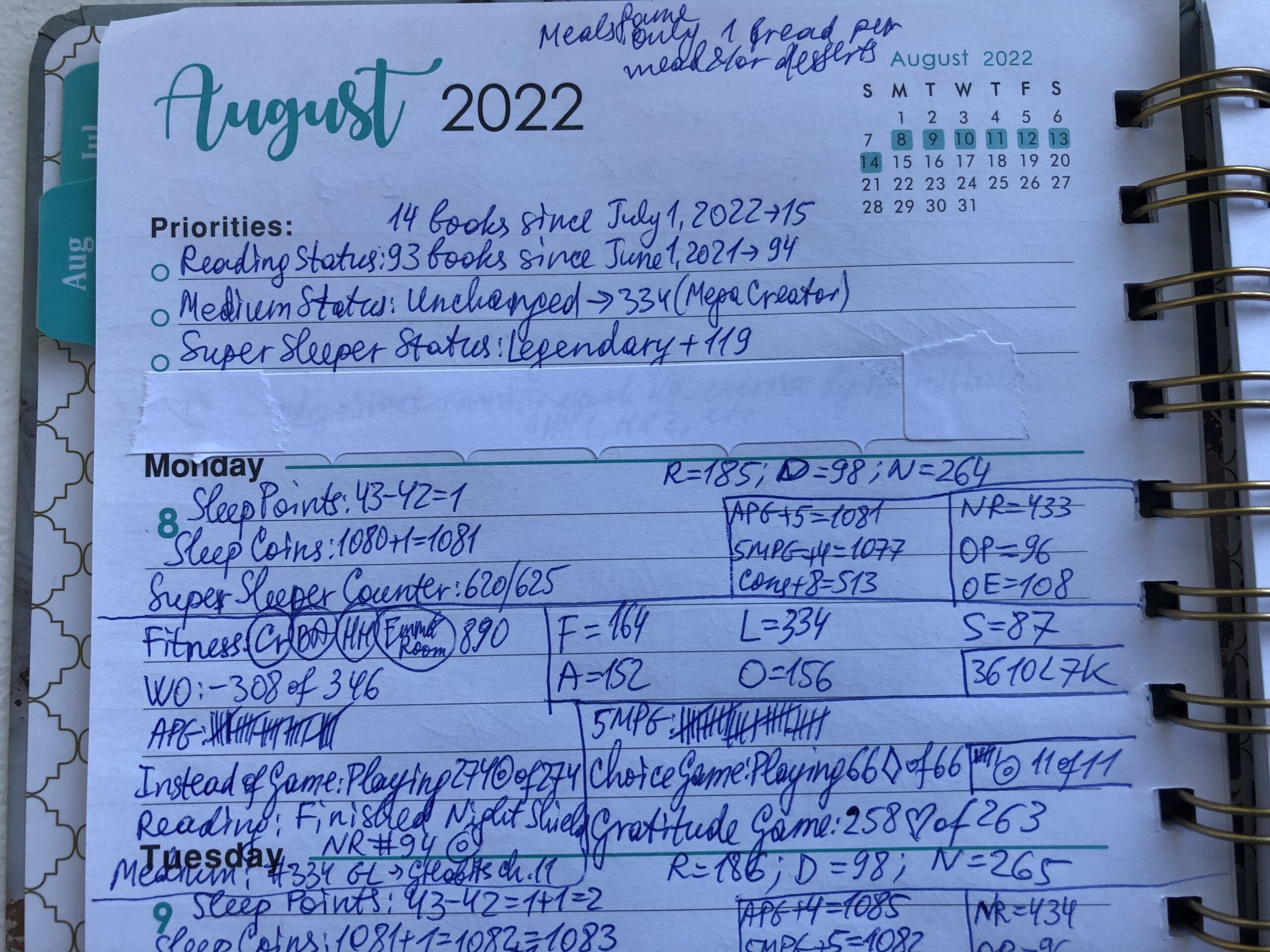 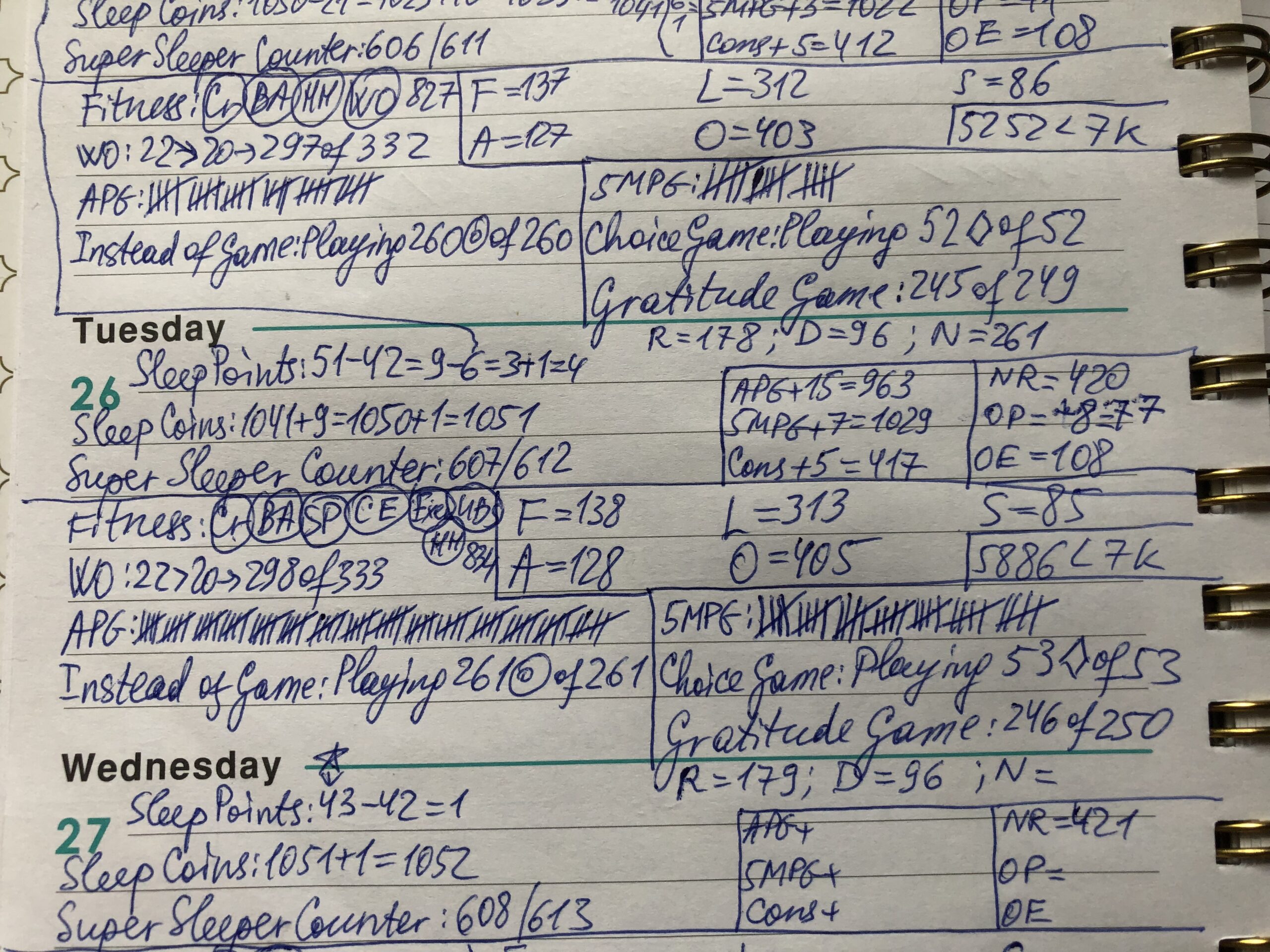 Here is the newest (July 2021) development of the Super Sleeper Game after the release of my book Gameful Habits: How to Turn Your Daily Practices into Fun Games in June of this year. Now I get a Ruby (R) if I sleep at least seven hours and ten minutes (= 43 points) at night, and a Diamond (D) if I sleep more than that. If I have a nap during the day, I get one Nephrite (N). If I don’t manage a nap during the day, then I lose one nephrite. If I sleep exactly seven hours during the night, I lose one ruby, and I lose a diamond if I sleep less than seven hours. With these new features, I hope to entice myself to sleep more during the night and at least a little during the day. It seems working for now. And it is also fun.

My Points, Badges, Stars, Donuts, etc. Gamebook featuring, among others, my Super Sleeper game, a self-motivational game I developed to get enough sleep. The game and its development are described in detail in my book Gameful Habits: How to Turn Your Daily Practices into Fun Games. 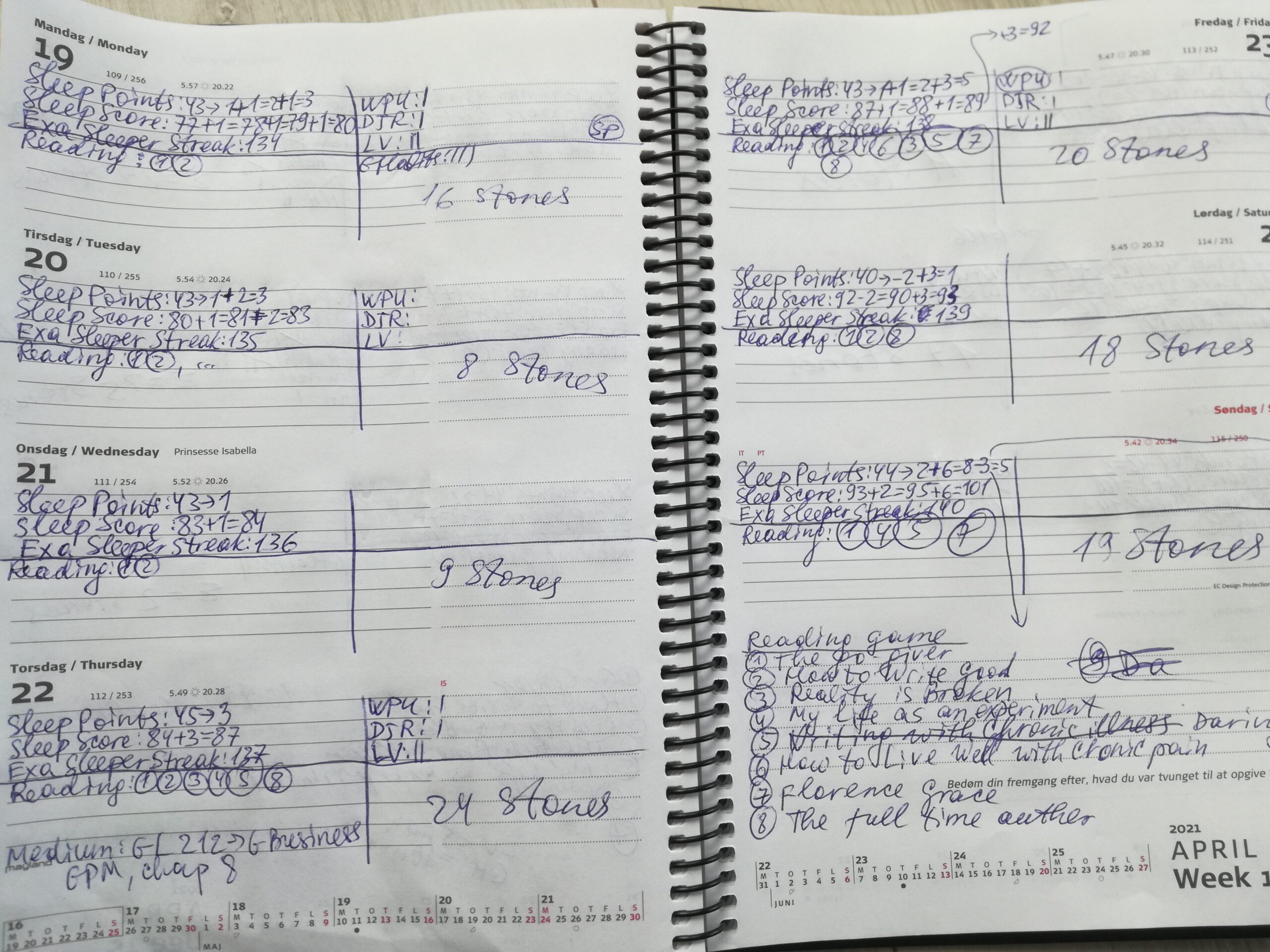 Four pages out of my Appreciation Gamebook:

I recorded what I did — the smaller, the better — in the most beautiful notebook I had then, crossed the task to make visible that I did it, and rewarded each five of them with a star. 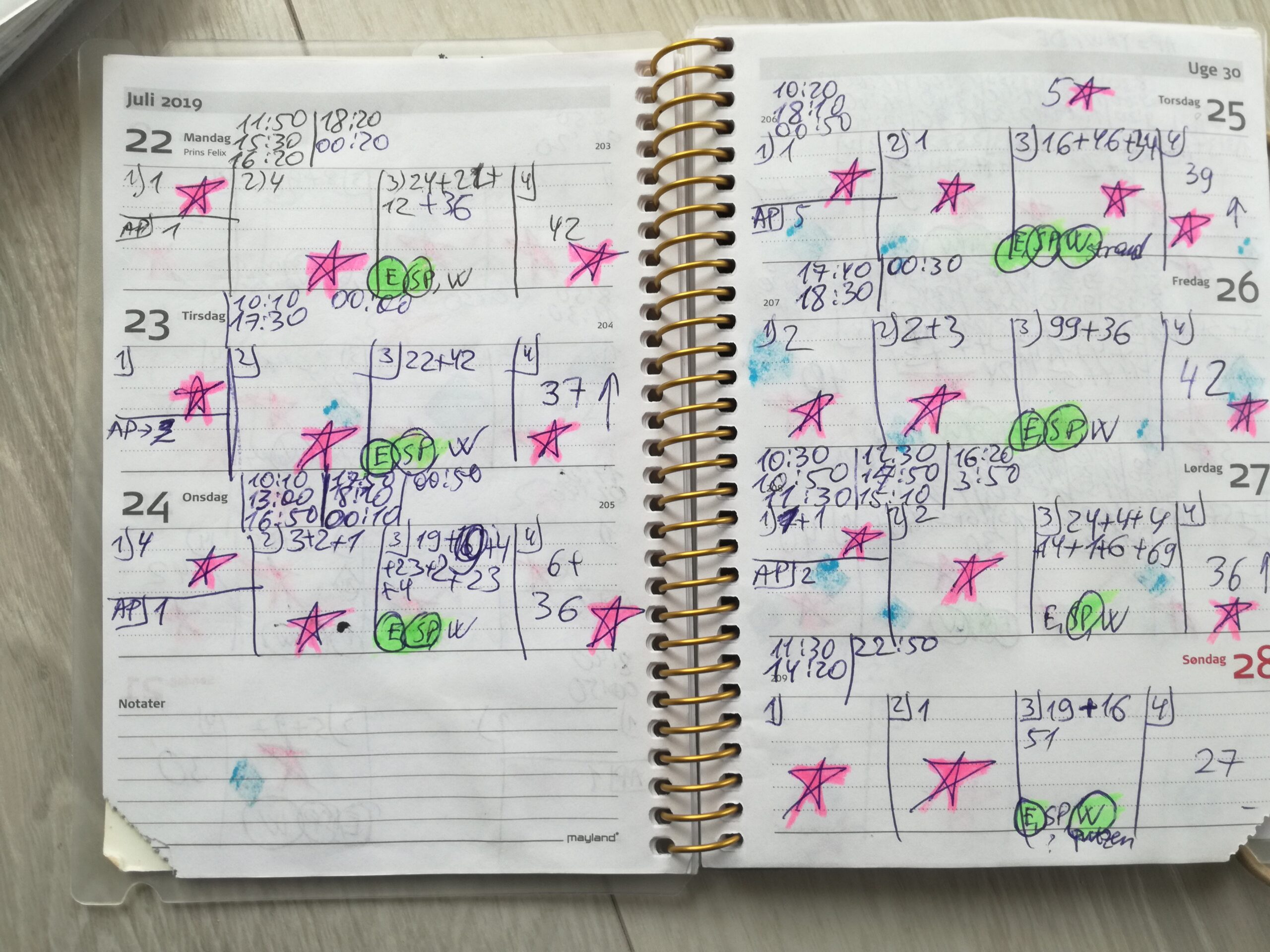 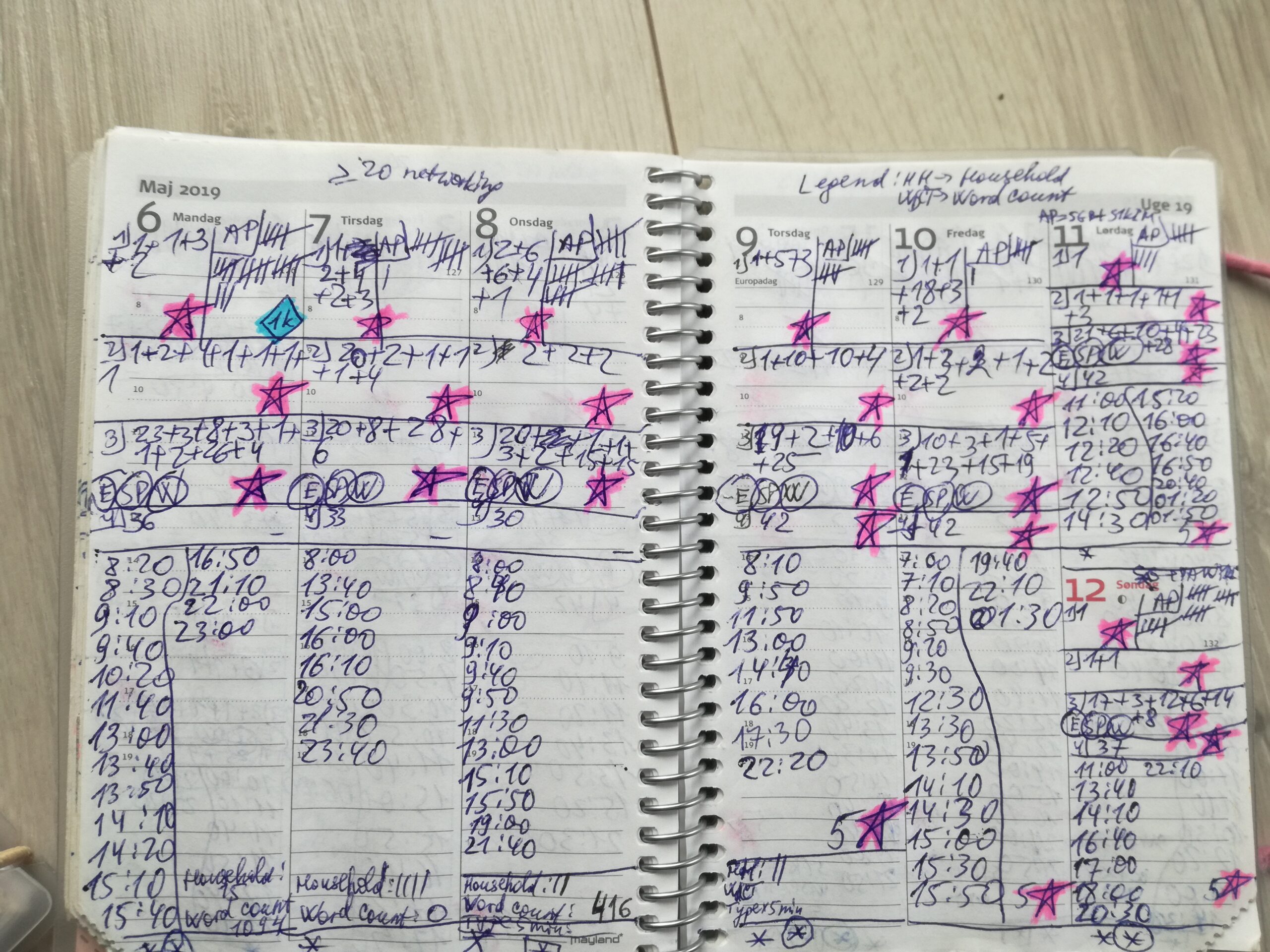 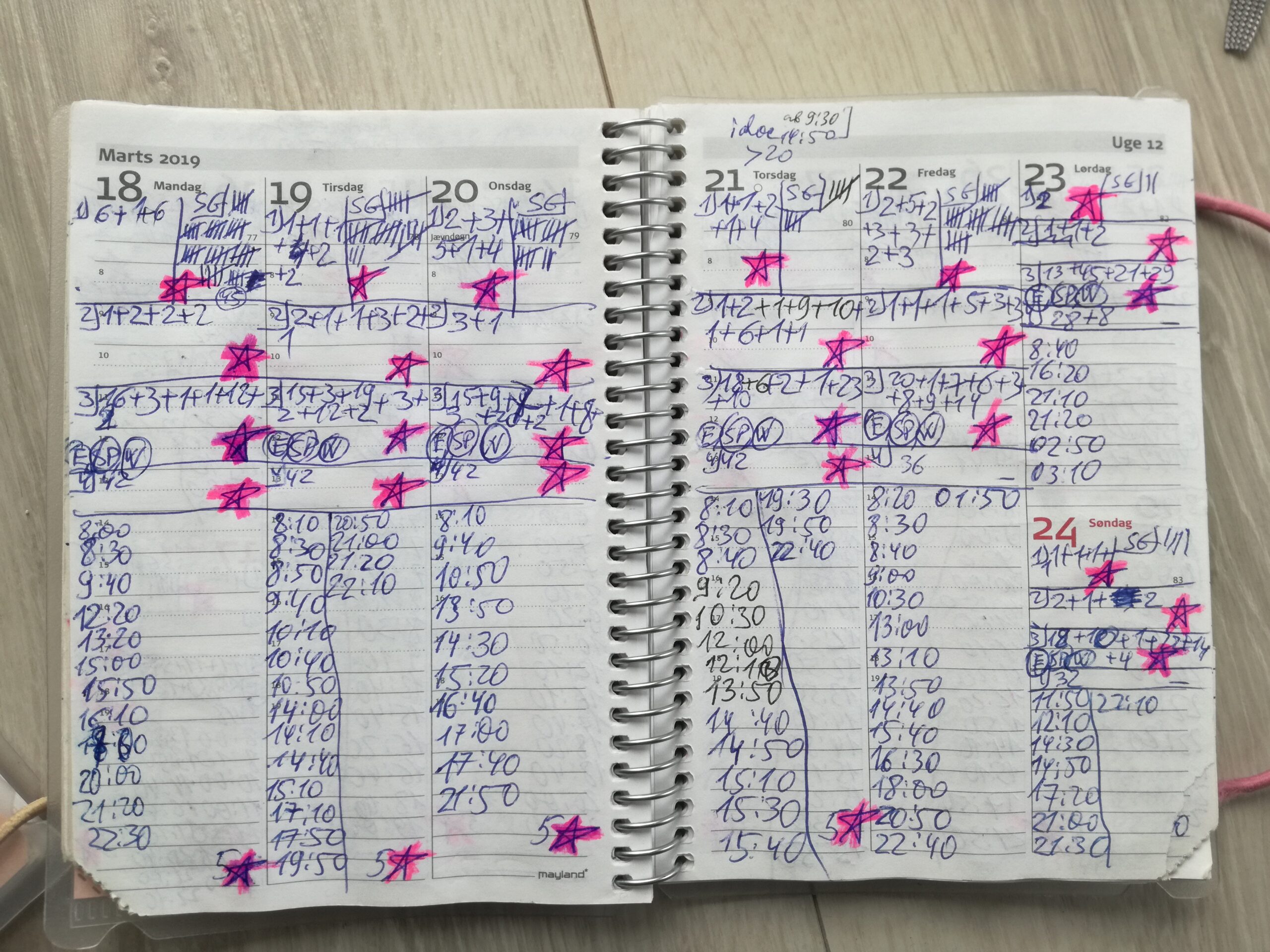 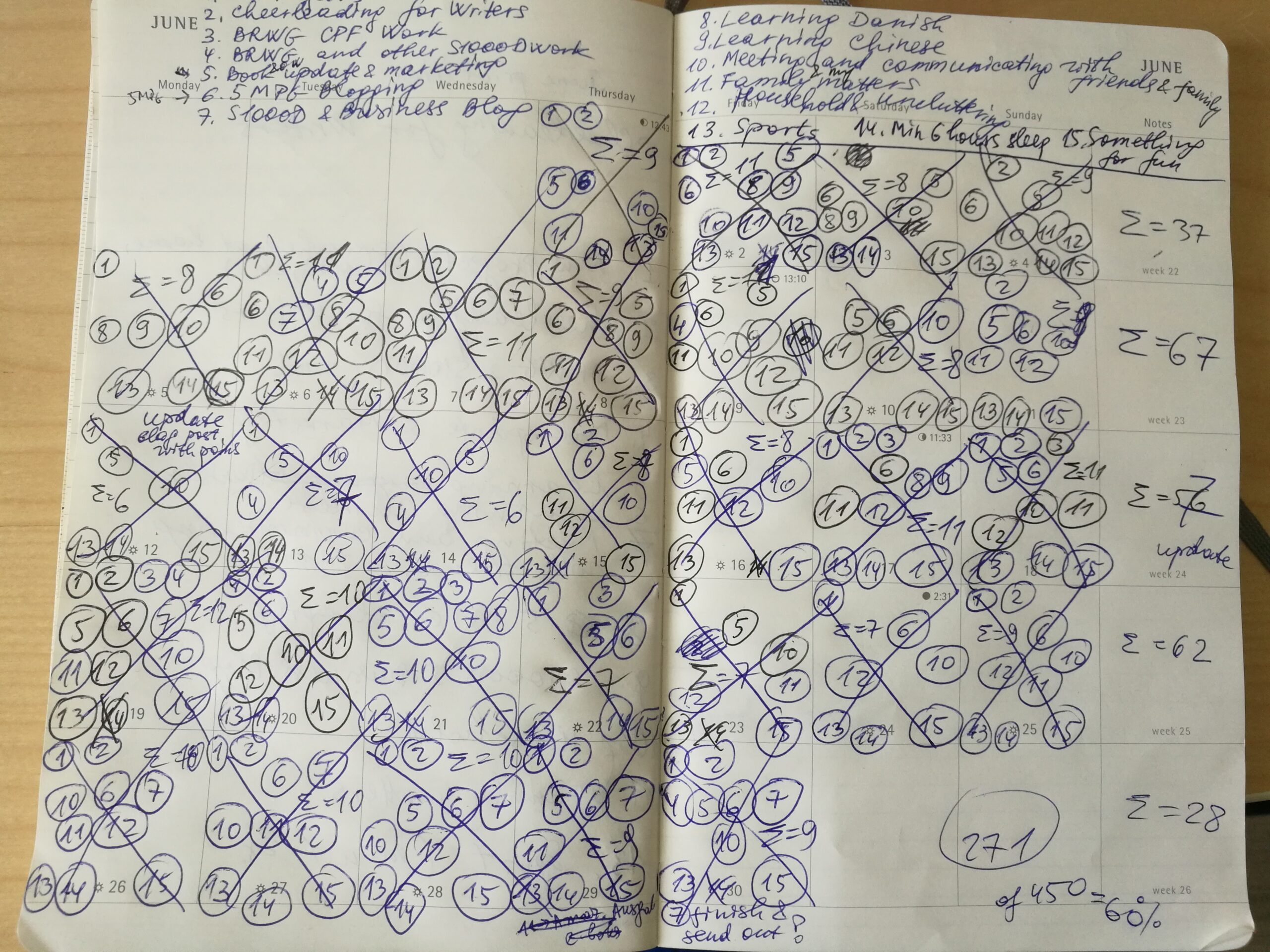