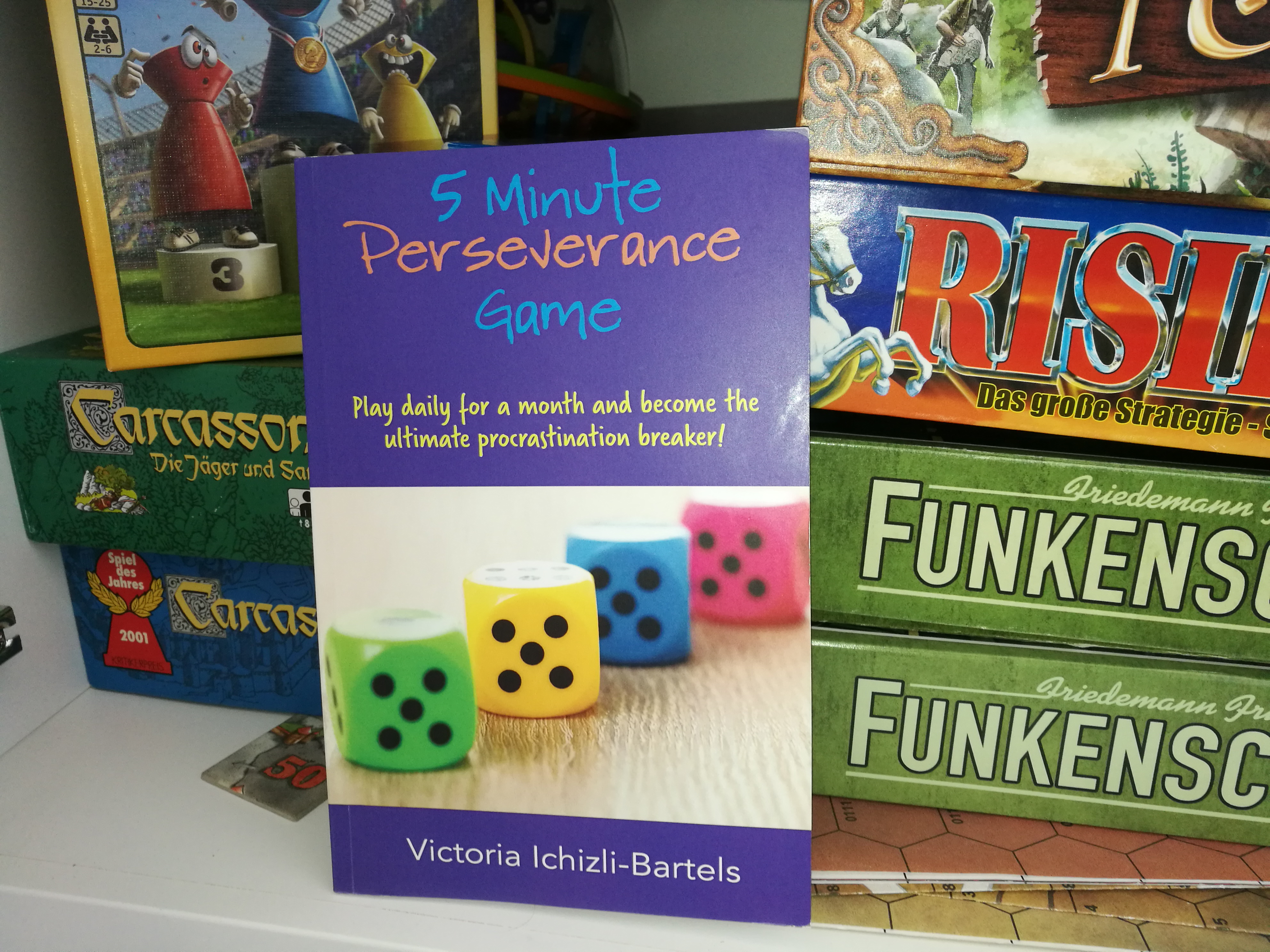 Almost a year ago, in May 2016, I published a little booked called “5 Minute Perseverance Game: Play Daily for a Month and Become the Ultimate Procrastination Breaker”.

It is a game I play every day and which became my favorite. This game consists of making little steps in various, especially large and taking a long time, projects. These projects are especially those large “things” we want to pursue but seem not to find time to do them.

My dear friend and writing teacher Menna van Praag introduced the game to her writing students, including me. We were all scared of our writing projects failing to succeed in continuing or finishing them. Menna suggested that we write each day for five minutes and support each other in the process. The game helped me to step over my fears and procrastination as I wrote my first novel “The Truth About Family.”

Then I shared the game with my fellow writers in Aalborg, Denmark, where I live with my family. My fellow writers were hugely inspired by the game, and I was blown away by the result I achieved while moderating the first round of the game in a little Facebook group I created for this purpose. I managed to write more than 6000 words just by writing 5 minutes, at times a bit less, sometimes a bit more, but never longer than 15 minutes, and sometimes not writing at all, every day during a month.

One of the friends reported that this little game helped her break her writer’s block and finish the manuscript of the book, which was long overdue to be sent to her editor. Another writer reported that after a long break she started writing again. Seeing their experience and mine inspired me to write the book above.

I structured the book as a description of a board game. Thus, I had to develop a system of how to play this game. I had big fun developing the rules, and writing the book. In the book, I have suggested that the progress in the projects you take into the game earns you points, which you can count by the end of the month and find out who, you or your procrastination, and what is the exact score.

So, in the process, you don’t have to fight your procrastination in a serious way. You simply play a game with it and melt it in the process.

Thus as mentioned above, I have organized the Facebook group, where we played the game until recently. I called this group Procrastination Breakers’ Club. And just like in the ice-breakers during the team building events, where you melt the ice among the participants by playing a short and fun game, we in the Procrastination Breakers’ Club (or as I love to abbreviate it, PBC), melted the ice of procrastination by playing the fun 5 Minute Perseverance Game (or 5MPG).

And today I bring both, the game and the club, onto my blog. So there is no commitment as it is often in a group. You can follow, join or not into the conversation as you like and I will continue reporting about progress in my projects and especially about lessons learned. Because the best learning, as I found out while researching for in my little book about the 5 Minute Perseverance Game, is done through the playing games.

Happy 5 Minute Perseverance Game (or however you call the game of pursuing your projects) to you!

On the picture above: My little book on perseverance in the company of the many board games we have at home.