“Dying?” Elizabeth looked at the small girl upstairs, then at Alice standing next to her.

“Yes,” the bell-like voice said from the balcony above, not allowing Alice to say a word. “All who come here come whether to die soon or to get a better diagnosis.”

“Yes.” the corkscrew spiralled locks swung on the round head shining like a light bulb. “Just like me! I had brain tumour and now I am cured. So, I can leave. Now I stay a few days to prepare my room for another girl with cancer. But Grannie Sissy wasn’t so lucky.”

Was she talking about the woman, who was carried out two days before? So she was d—

“Lily, honey.” Alice fixed the girl with her gaze. Then she turned to Elizabeth. “Um …”

“Oh, I’m Elizabeth. My father used to call me Liza.”

Alice nodded. “Liza is new here, so we better take it slow.”

“Ah.” A knowing look shot from above. “Then she needs a hope chocolate.”

“Kitchen is over here,” Alice held her arm pointing into the hall leading into the left wing of the house.

Hm, thought Liza. Wasn’t the kitchen to the right when she was here last? When was the last time she was here?

They entered a large square room, the edges of which were smoothened by a large round table in the middle and the furniture arranged into a dashed bows around the table, hiding the corners of the room behind it.

A middle-aged woman with a face so much like Alice’s sat at the table and fed an old man with a pinkish mash.

“Mum, here’s someone who wants to talk to Patrick,” said Alice and unveiled the obvious relationship with the woman at the table.

The woman smiled, nodded to Elizabeth and turned back to the man she was feeding.

The man seemed to be very old, with several bushes of grey and white, straight and unwilling hair looking in all directions. He ignored Elizabeth and instead fixed his gaze on Alice’s mother. He smiled too. But the look was not of a friend. It was rather of a young man thinking what would be his next move to seduce the woman in front of him.

Lily hopped onto the chair next to the man. “Steve, now we have one more pretty girl in the house.” She turned to Elizabeth. “Steve is flirting with everyone here. Even with me! And I am not even ten.” Lily giggled.

“He avoids flirting with Patrick though.” Alice’s mother winked at Steve who put his right hand on his forehead raising his look to the ceiling, sighed and returned to his previous position hypnotizing Alice’s mother.

“Leeza,” said Lily. “You should sit here next to me. Alice will make hope chocolate for us.”

“Isn’t this the task of all healthy people in the house?” Alice grinned and headed to the counter behind her mother.

“Oh, yes, we have red mugs.” Lily hopped with three steps to Alice’s side, took out a red and a green mugs out of the drawer in front of them and put them on the counter. With a small jump she landed behind Alice’s mother and wrapped her arms around the woman’s neck. “Ingrid, would you like some hope hot chocolate too?” Lily threw a sheepish look at Elizabeth.

Ingrid gently pressed one of Lily’s arms with her left ear. “Yes, sweetie, I’d love one. And make one for Steve too. But not so hot.” She winked at Steve again, whose grin widened.

The conversation stopped. It was replaced with kettle whistling, cocoa spoons counting, tea-spoons clinking on the mugs walls, wiping of Steve’s mouth and brining his bowl to the sink. Alice, Ingrid and Lily seemed to follow an unknown choreography, where they moved alongside each other, switching places at the stove, sink and counter-tops without much looking at and without disturbing each other. This dance accompanied with kitchen appliances music mesmerized not only Steve but Elizabeth too.

Mugs with steaming, thick liquid, warming the air with its sweet aroma, were set along the table’s circle, and a large plate with biscuits got its place in the centre. Lily, Ingrid and Alice took their places at the table, the latter leaving a large gap not quite filled out by the three empty chairs on Elizabeth’s left.

“Liza. Is it short for Elizabeth?” Ingrid asked as she held Steve’s mug to his lips. Steve sipped slowly, with his left eye squinted and the right one peering at Ingrid. He seemed oblivious of all the other present in the room.

Elizabeth nodded. “Yes, my father was from Ukraine and he shortened it in a way he knew from his youth.”

“I thought it was strange how you said it,” Lily chimed in. “Leeza.” She giggled.

“So, how do you know Patrick?”

“Mum,” Alice put a hand on her mother’s arm. “Liza doesn’t know Patrick, or about this house … and what we do here.”

“Oh. I thought we were famous.”

“I don’t think Liza is from here.”

Ingrid sat straight in her chair. “Now this is intriguing. Where are you from?”

Picture: The beautiful path I take everyday on the way to my daughter’s nursery. 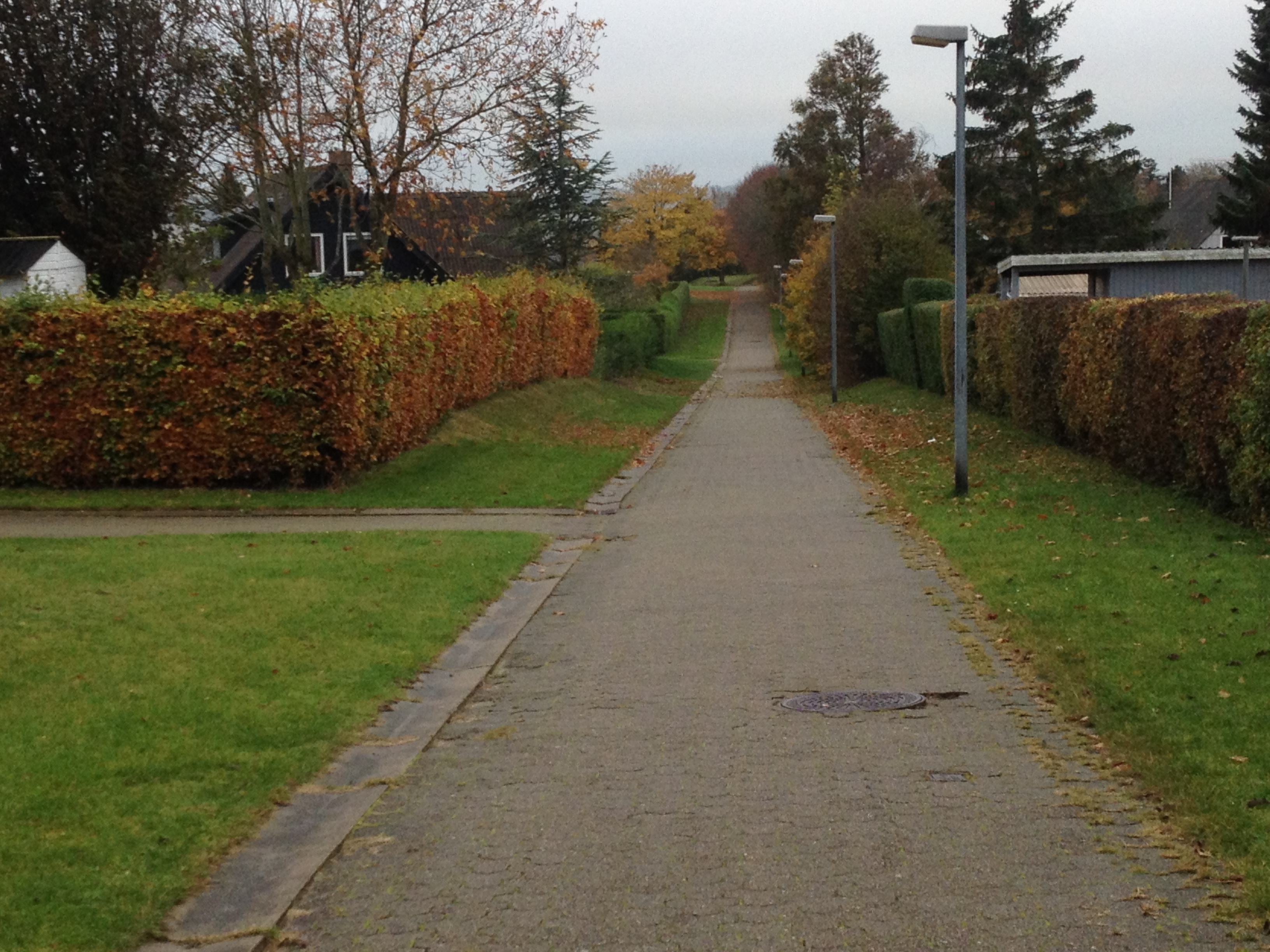 P.S. Chapter 7 will be written and posted in two weeks time.

P.P.P.S. If you think you have friends who could like this story, feel free to forward it to them.