Ingrid’s face brightened. “Are you that sleeping beauty, whom Patrick woke up two days ago?”

Alice shook her head. “Mum.” In spite of the admonishing tone, there was a smile on her face.

Elizabeth felt her face warming up as she noticed all eyes on her, except Alice’s, who smiled at an undefinable spot in front of her. Even Steve interrupted his constant stare at Ingrid.

Clearing her throat, Elizabeth said, “Sleeping beauty? Um … I guess I was. I don’t know what came upon me.” She blushed as she recalled waking up leaning on the fence in front of the house. She decided to search for the spot on the table, at which Alice was looking.

“What fish-wrapper are you working for?”

“Mum. Stop it.” Alice turned to her mother. Her smile disappeared.

“Oh right, you are not from here.” Ingrid waved her hand at Alice. “I’m sorry for using Chinese. What paper are you with?”

Elizabeth bounced back in her chair. “Paper?”

“Mmm.” Ingrid nodded, simultaneously sipping from her mug. “Newspaper. Or magazine. You’re a journalist, aren’t you?”

“Um.” Elizabeth grabbed her mug with both hands ignoring the heat. She unbent her arms on the table. She suddenly felt as if being of solid rock and not being able to move. “No,” she said without shaking head. “I’m not a journalist.”

Elizabeth drew a deep breath and found she could shake her head now. “No. Why …?”

“Well, Patrick said you were one of those green ones who forgot to do their homework and do the proper research on us and this house.”

Why did Patrick say that? “Research?”

“Mum.” Alice shifted her hand on the table toward her mother. “Shouldn’t we start from the beginning?”

Lily jumped to her feet. “Is it OK, if I don’t listen to your adult stuff?” And without waiting for an answer she turned to Elizabeth, “Leeza, will you help me preparing my room for another girl?”

“Another girl?” Elizabeth felt her head spinning. At least Ingrid and Lily seemed to assume her knowing much more than she did. Steve had lost interest in her by now, since he reassumed his stare at Ingrid.

Elizabeth stole a glance at Alice. What was she thinking?

Without returning Elizabeth’s glance, Alice looked across the table and said, “Lily, let us first explain Liza who we are, and then she will decide whether she can help you. And Patrick will be here any minute. She’ll need to talk to him first.”

Elizabeth pressed her elbows tightly to the sides of her body. I don’t want to talk to Patrick!

She didn’t dare to reveal this scream inside her head out loud. She hoped nobody could read it in her eyes. How much she hoped that something kept Patrick, wherever he was, as long as possible, so that she could find out something about her past here, today, and then disappear. Before he came back.

Her reverie was interrupted by a loudly closing door. Lily escaped the room. She must have put her mug into the sink on the way, because the green mug disappeared from the table.

Elizabeth hid her hands under the table and pinched her thighs. I must listen better! Listen better.

“At some point, this house became a shelter for people who were not given a hope for recovery, but couldn’t or refused to stay at home or a hospice,” Alice said.

“Yes.” Ingrid chimed in. “It became public when David, a boy of seventeen, ran away from the Royal Hospital in the East Side and his family tracked him down here. Nobody knew how he made on his own and in his state through the half of London.” Ingrid looked into the depth of her mug. “He died of pancreatic cancer.” Her merriness from before disappeared. “It became public, because his father accused … “ She glanced at Alice who shook her head almost invisibly. “Accused Patrick, who … more or less runs the house, in manipulating the boy to come here.”

Goose bumps marched along Elizabeth’s arms. Patrick wasn’t as bad as he seemed. He was rather on the good side. But why did he treat her as if she was on the other? And why did he tell Ingrid and Alice she was a journalist?

“I only want to find out about my childhood.” She froze as she realized that she said these words out loud and noticed Alice and Ingrid looking at her.

“Yes, um. I spent… I am sure I spent my early childhood here, in this house, before I moved with my father to Germany.”

Suddenly a panic came over her. Maybe they knew something. She had to find out. Quick!

Elizabeth bent down to her right and pulled her purse from under her chair, where she’d put it before, as they settled around the table. She pulled a photograph out of the back of it and put the picture on the table. She pushed it across the table toward Alice and Ingrid.

They bowed above it and Steve straightened in his wheel-chair trying to see more.

Ingrid frowned. “It seems like it’s been cut in two.”

Elizabeth nodded. “Yes, I think so too. It looks like there is someone’s elbow next to me.”

She’d seen this photograph so many times. It never managed to give her the answers she was looking for.  But it was a trigger for her to come here. A picture of her, her father and someone else. In front of this house.

Alice asked quietly, “What did your father tell you?”

Elizabeth turned to her. Yes, Alice knew something. “He said that we lived with my mother here. That she became ill and died. After that we moved.” She sighed. “He used to say those times were too heavy for him to talk about.”

She searched Alice’s eyes, who smiled and then lowered her gaze to the untouched mug in front of her. How could she be so calm with all that was happening here?

As if reading her thoughts, Alice said, “My father died here.” She turned to her mother and smiled. “He was at a hospice, when we heard about David and the house in the news. My father suddenly started to feel much better and was eager to move in here.”

“Not to die, mind you.” Ingrid smiled at her daughter, who somehow nodded and shook her head simultaneously. “He wanted to fight for that boy. And for the house. This undertaking was his own miracle. He worked many years at the City Hall and called every single one of his former colleagues, he could get hold of, to get the press off the stairs of the house. He infected us two with his glee. After all this adventure we ended up in this house. He died happily here. The hospice guys came and picked him up in order to take care of all the official stuff. A year later, Alice and Patrick married.”

Alice grinned at Elizabeth. “Could you follow this? My mother is a master of compressing information.”

“And you still talk in those computer terms, whom no one understands. You aren’t studying programming anymore, sweet-one.”

This loving bickering between Alice and Ingrid calmed Elizabeth and at the same time opened something in her, she tried not to think of all those years, in order not to upset her father. But Ingrid and Alice made this question surface again. What kind of person was her mother? Was she a little like Alice’s?

The kitchen door opened and they all turned to see who it was.

Patrick, pale and with deepening frown, bounced the door several times against the edge of the wall. “Alice, what is she doing here?” 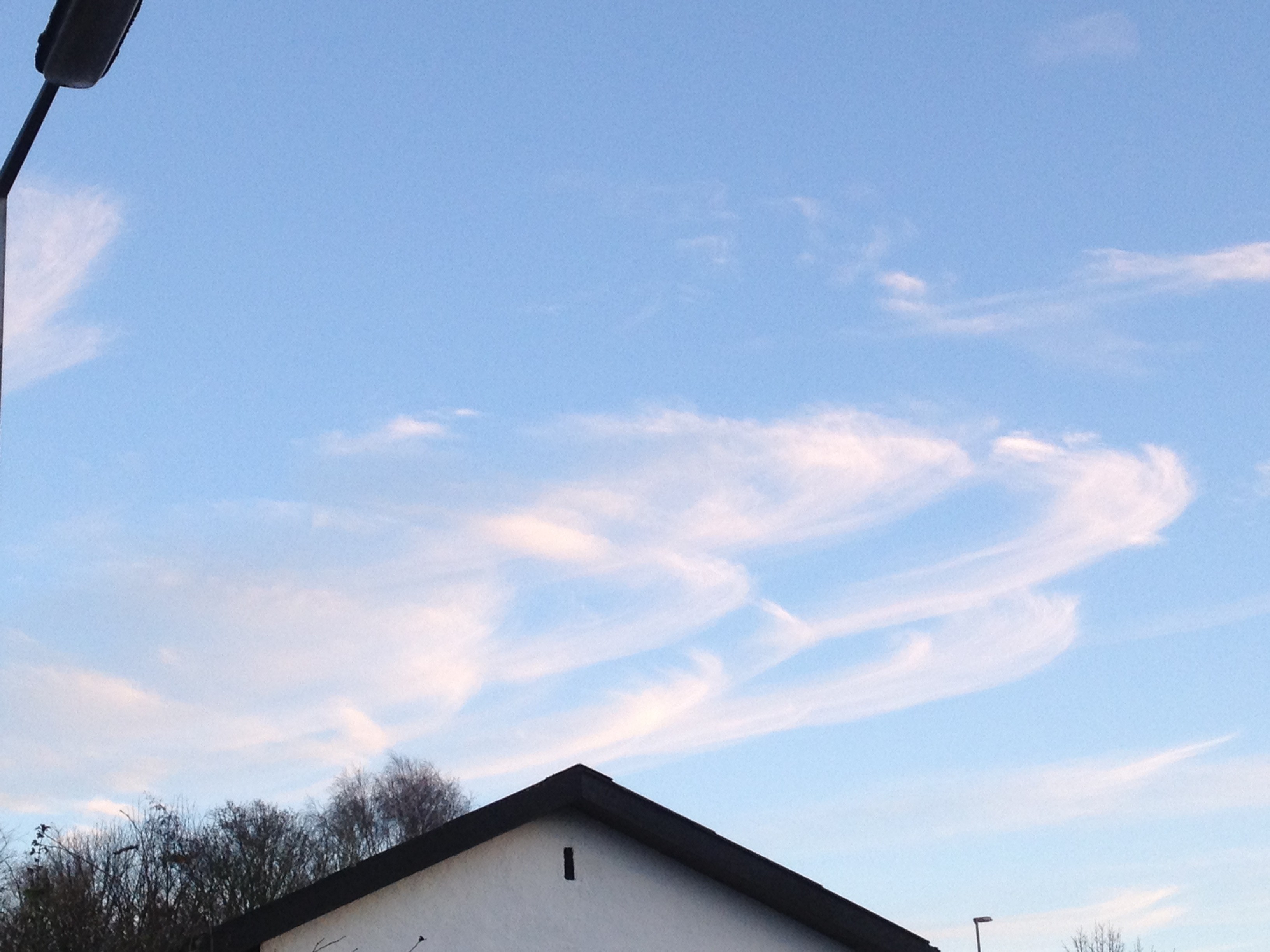 P.S. Chapter 8 will be written and posted in two weeks time.

P.P.P.S. If you think you have friends who could like this story, feel free to forward it to them.