Elizabeth turned to go, but in the last moment noticed a young woman watching her out of the window on the ground floor, farthest from the entrance.

When Elizabeth turned to face the woman, she didn’t disappear as Elizabeth had expected. Instead she smiled.

This moment of confusion and hope was spoiled by the man stepping closer to Elizabeth. “Please, go now.”

“OK, OK.” Elizabeth raised her hands as if letting to be arrested and saw that instead of softening the man’s look aggravated. And became nervous. He must have noticed the woman in the window as well.

Who was this woman?

I need to think about this later, decided Elizabeth as she headed to the street she crossed the night before.

But before she could lower her foot onto the road she had to jump back. Two cars stopped with screeching tires right in front of her.

The drivers of both cars secured their vehicles simultaneously as if following a strange choreography.

Both were oblivious of Elizabeth standing on the pavement and watching them.

One was obviously a nurse, taking hurriedly her uniform coat off while stepping out of her car. The other was a man, in his forties, with a stethoscope hanging around his neck. He must have noticed the stethoscope as he slammed the car door shut, because he opened it again, took the stethoscope off around his neck and threw it on the driver’s seat.

The “mad” man, as Elizabeth started thinking about the man who woke her up this morning, became pale and hurried to the man with the stethoscope.

Both men whispered urgently and walked slowly to the house. The nurse passed them quickly and entered. The men didn’t seem to be in hurry but discussed something with grave faces, while the first man watched Elizabeth with a policeman’s look out of the corner of his eye. This corner was too broad not to notice.

Elizabeth sighed. She had to retreat if she didn’t want trouble. She crossed the street and turned the corner.

And almost bumped into a tree. A large tree. A huge and ancient tree.

How hadn’t she noticed it before?

Then she suddenly remembered. Not with her head, which turned to look briefly around and check if someone saw her. She remembered the tree with her hands and feet. Which started climbing, almost by themselves. With fewer grips than must have been many years ago, she was inside a dense forest of branches and took a seat on a narrow arm-chair, made of branches as well.

Elizabeth pulled her purse onto her lap and looked around. This tree. She must have climbed it before. She hadn’t climbed a tree since …

Elizabeth couldn’t remember climbing a tree at all. She always thought she was afraid of hight and now she was sitting up in a tree.

How could that have happened?

A commotion somewhere in front of her stopped Elizabeth’s frantic attempt to remember.

The noise was coming from the house she came to last night, and from which she was so urgently sent away this morning. The nurse and the doctor, who arrived a few minutes ago in such a hurry, came out of the house. An elderly woman between them.

There was something strange about this woman. She was hardly walking. No, she was not walking at all! The woman’s head was hanging low and it looked like the nurse and the doctor were carrying her.

What on Earth? Was she dead?

Elizabeth jerked back in her narrowly branched arm-chair.

No, no, this couldn’t be, she thought. The woman was probably just sick. But then why there was no ambulance, instead just two normal cars with medical personal ripping off their medical clothes and instruments and a few minutes later carrying the patient like two pals carrying a drunk friend home?

When Elizabeth peered out again the nurse’s car was making an U-turn. The elderly woman sat on the passenger seat, hanging strangely in there. Elizabeth couldn’t see more from her post in the tree. The doctor followed in his car close behind.

Elizabeth set back again in the tree.

Was there something explainable or did this house hide some dark secrets?

Her thoughts were interrupted by another car. This time no screeching tires.

But one of its doors opened as quickly and shut as loud as by that doctor a few minutes ago. Elizabeth peered out again of her hiding place. This time the loud person was not a driver, but a girl running toward the house from the passenger side of the car.

“Alice, Alice!” The girl almost fell over the stairs as she tried to take two at once.

The young woman, who smiled at Elizabeth this morning from one of the house’s windows, ran out with her arms wide open. She caught the girl into a tight hug. Then she released her hug and held the girl at the length of her arms.

Elizabeth couldn’t make out what Alice, as it looked was the young woman’s name, said to the girl. But she could hear the girl’s clear bell-like voice. “It’s over, it’s over! I don’t have to go there anymore. And I can go back home!” The girls voice suddenly changed, still loud, but without the initial merriness in it. “I can leave now.”

The girl stopped and looked back at the woman, who must have driven her to this house.

The girl had tears in her eyes. “Mummy, I don’t want to leave.” She said these words quietly, but Elizabeth could lip-read them.

The girl’s mother crouched beside the girl, just like Alice did and they both patted and consoled the girl.

Elizabeth couldn’t move seeing this scene from aside.

Finally Alice said something that made girl’s face brighten and nod. The women stood up and all three entered the house.

Nothing else happened in the next, what felt like three hours, but probably had been only one. Although how could she, thought Elizabeth, had known when she was woken up and how long she had sat in that tree?

All she knew was that her rear side, starting with her neck and ending with her thighs, was completely stiff and hardly movable.

After checking that no one was looking, neither from the house nor from any angle she could overview from the tree, Elizabeth climbed down and hurried in the direction opposite to the house.

She needed to get to her hotel room as soon as possible, so that she could process all that she had witnessed and experienced this morning.

The house, the man, Alice-the-young-woman, the nurse, the doctor, the elderly-looking-so-dead-woman, the happy-then-sad-girl, her mother … The tree. All that was whirling in Elizabeth’s mind and she couldn’t make any sense out of it.

What was sure, hundred per cent sure, even more than hundred, was the fact that she had to come back to this house and find a way to go in. She simply needed to go inside and find out more.

And she needed a plan how to do that.

Picture: At an edge of a road. 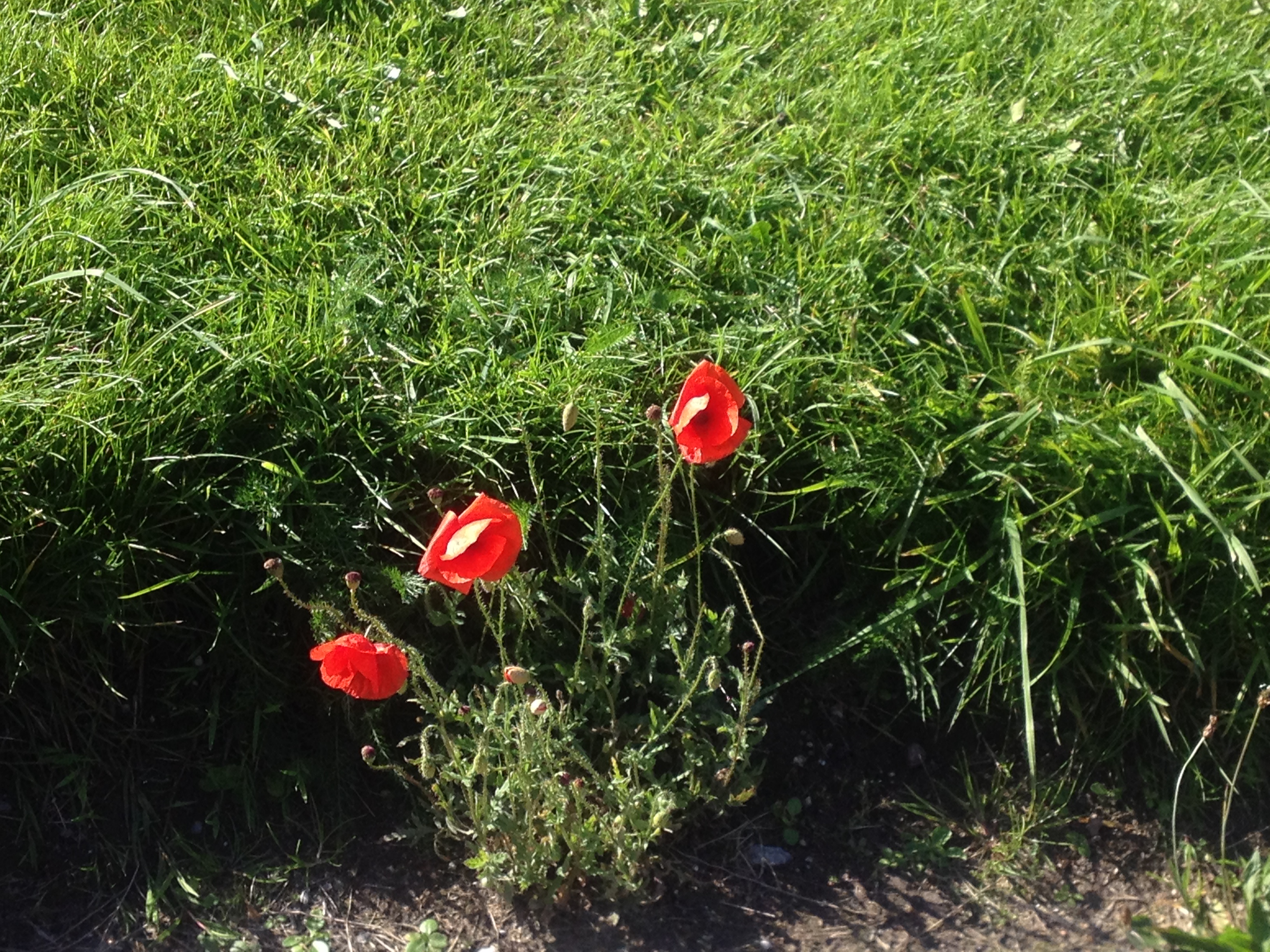 P.S. Chapter 4 will be written and posted in one of the coming two weeks.

P.P.P.S. If you think you have friends who could like this story, feel free to forward this story to them.