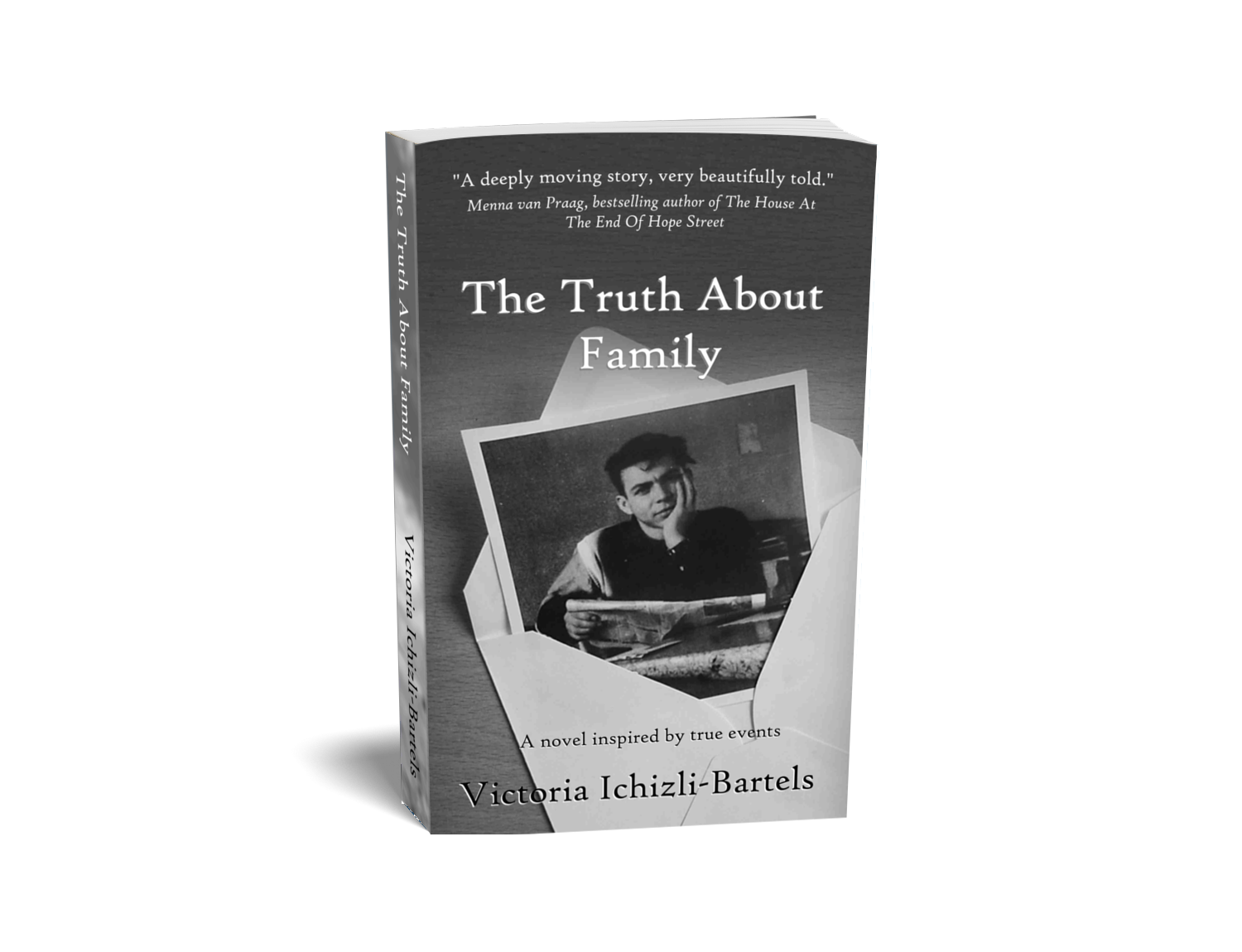 “What age were you when you got to the first orphanage? You said you were at two different ones, correct?”

“Yes, and I don’t really know. The first pictures I have are from 1953, I think. Yes, here.” I shuffled through the photographs spread on the table and picked up the ones I meant and showed them to Vanea. “They were taken in Volontirovka. And by the time they were taken, I think I had been there quite a while already.”

“Yes. I saw them.” Vanea took the pictures from me.

He looked through them and stopped at one with seven schoolchildren, our teacher and her toddler son sitting in front of us. The little Mitica sat on his wooden horse with a proud look. The picture was taken when I was in the fourth grade. Elizaveta Deomidovna and Mitica were the only ones wearing shoes in the picture. I’d never noticed this before. Our teacher and I both had a book in our hands. Hers lay open on her lap, while mine was positioned with the cover facing the photographer. But the title was not legible. I tried to recall what I had liked to read back then.

Vanea’s thoughts went in the same direction. “Do you remember the book you were holding here?”

“No, but what I do remember is that I had a book with me almost everywhere I went.” I decided to guess. “Maybe it was something by Alexei Tolstoy. I liked him so much back then, that I adopted his birth date as mine.”

Vanea’s eyes opened wide, but in the next moment this gave way to a nod. “I’ve read The Hyperboloid at least a hundred times. So I fully understand your choice.” Another approving nod. “I just never realized that a birth date could be chosen.”

After another moment of thought, Vanea went on shuffling through the pictures. He stopped at another photograph and turned to look at the back of it. It was a picture of me, and as I started to recall the events connected to it, I had to hold my breath. I should have taken this picture out before giving the envelope to Vanea.

P.S. If you would like to find out more about this book and find where you can purchase it or download a free sample, then click here.

P.P.S. You can find the full list of my books here.